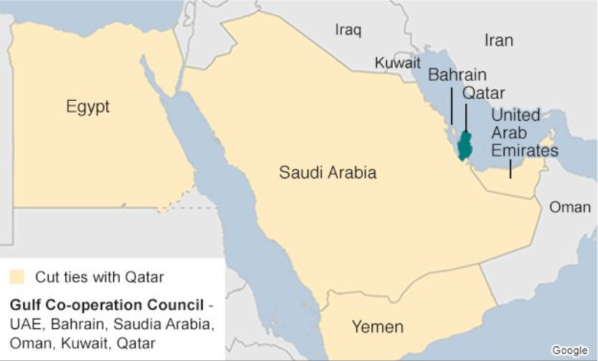 Earlier this year an escalation of the Saudi-Qatari proxy conflict saw a large group of Arab nations abruptly cut all ties with Qatar. This was quickly recognised as a blockade on a country reliant on its neighbours, and former allies, for food, medicines and facilitating travel of its citizens. The blockade was promised to be lifted if Qatar would meet 13 demands posed by the governments of Saudi Arabia, the United Arab Emirates, Egypt and Bahrain. The Qatari population of 2.7 million was previously primarily fed by food imports transported by land, over the Saudi border. The sudden decrease in food supplies was averted by food imports from Iran and Turkey, who sided with Qatar in the dispute. The discussion of importing medicines is not talked about as often as the food security issue but it is presumed that medicines are being imported from Turkey and Iran, too. This solution is thought to be unsustainable and has caused even greater food insecurity, a drop in the availability of essential medicines. The crisis is still ongoing. [Click the title to read more]

My story of my summer placement at the University of Cambridge that has today been published in the Journal of the Association of Veterinary Students. Read the whole article and see the rest of the issue by clicking the title

This article was first published by the Association of Veterinary Students UK and Ireland.

Why is this relevant to Medsin?This year’s global health headlines included Devi Sridhar, co-author of Governing Global Health – Who really runs the world? and Professor of Global Public Health at the University of Edinburgh talking about her book, the new WHO Director-General and what global health could look like... (Click the title to read more)

*This article was first published online by the IVSA Standing Committee on One Health and then by the IVSA Journal of Veterinary Public Health* International Veterinary Students Association and Unite to End TB jointly commission letter on how one might end TB. Here I write about bovine TB, One Health and poverty. Bovine TB is an animal and public health issue, it must be treated like such... (Click the title to read more)

India’s vultures are under attack. Their enemy is Diclofenac. Although always depicted as dirty and nasty, vultures and other carrion consuming raptors are one of the most important parts of any ecosystem. They are often said to be nature’s refuse collectors; they prevent areas being covered in carcasses or being smothered by packs of feral dogs or rats. By doing this they halt the spread of disease from the decaying animal or the abundance of feral dogs that would benefit from the free lunch had the vultures not got there first... (Click the title to read more)